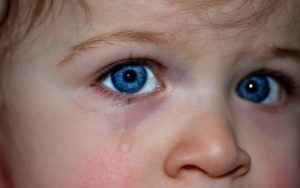 Periodic, autoinflammatory fever syndromes often cause regular episodes of fever and to some extent pain, most often from childhood.

Auto-inflammatory diseases is suspected in children and adolescents with recurrent episodes of fever without infection being detected (Periodic Fever Syndromes). Except for fever, there are often various symptoms or a combination of the following: neck pain, abdominal area, joints and muscles, headaches, rashes and swollen lymph nodes. Sores in the mouth and mucous membranes, as well as fatigue are also common.

A major difference is that auto-inflammatory fever diseases are most often caused by one mutation (lasting change) in a single gene (Genetic material). One exception to this PFAPA (and Still's disease og systemic JIA) where multiple genes are involved. They are also separated primary immune immunodeficiency may be raised which causes frequent childhood infections. Auto-inflammatory diseases usually begin among young children.

An important part of the immune system develops as we grow and grow older and is called acquired immune system. This section can "remember" foreign proteins and other substances (antigen) that we have been in contact with and can fight them if necessary. Important actors are the white blood cells (especially the lymphocytes) that can destroy harmful substances.

We also have a native immune system (innate). This also works through white blood cells, but most in the form of granulocytes og monocytes.

There are many autoinflammatory diseases. They may occur in adolescents and adults (see Familiar Mediterranean Fever (FMF) og TRAPS), but most commonly among young children:

Different fever history may make it easier to diagnose the individual diseases:

Some believe that Behcet's syndrome belongs to the autoinflammatory diseases, although the disease is most often classified among Systemic vasculitis.

More info on the various auto-inflammatory diseases (Periodic Fever Syndromes) on each diagnosis: