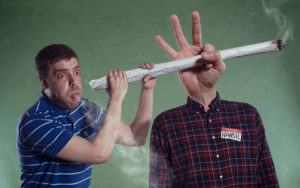 Cannabis / marijuana against rheumatic pain can reduce symptoms, but is at risk of side effects. Pxgere. CC BY-2.0

The cannabis plant (Cannabis) is used to produce several products. Cannabis / marijuana / cannabinoids (English: marijuana) are usually dried leaves of top shoots and flowers, stems or seeds. Hashish is a further processed product where the plant sap or resin is pressed into plates or lumps together with parts of the plant material. “Beans” (from bean plant) is a slang word for hashish, while “weed” is a slang word for marijuana.

Cannabis has become legal in several states in the United States and some other countries. For medical use, seriously ill people can receive cannabis as an analgesic treatment in Finland, Germany, the Netherlands, the Czech Republic and Canada, partly with expenses covered. Some patients therefore want more information about the advantages and disadvantages of cannabis, marijuana and hashish.

Medical use of cannabis / marijuana

In Norway, you can apply for coverage from Helfo (NAV) of expenses for Sativex on a "blue prescription". If the indication is rheumatic disease, however, one must expect a rejection.

However, there are many problems with using cannabis as treatment: