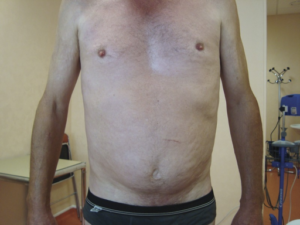 Eosinophilic fasciitis is a rare disease that attacks the subcutaneous and fascia surrounding the muscles without any known cause. 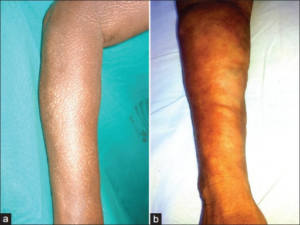 Eosinophilic fasciitis with contractions of the skin (b). Systemic sclerosis with salt and pepper pigmentation (a). Ghosh S, 2013. CC BY NC SA 3.0

Many patients are treated by Rheumatology Department OUS Rikshospitalet

This page has had 3 visits today