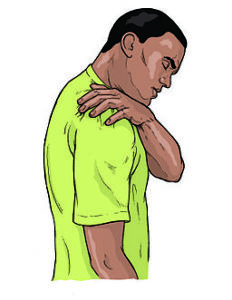 Frozen shoulder (frozen shoulder, adhesive capsulite) is a painful but not dangerous rheumatic inflammation of the shoulder.

About 3-5% of the population is attacked

The disease often begins as tendonitis after an overload or for unknown reasons. Risk factors are other diseases. 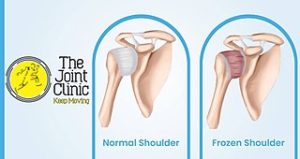 The course of the disease can be divided into four stages

Many people find that the other shoulder is also attacked later in the process. 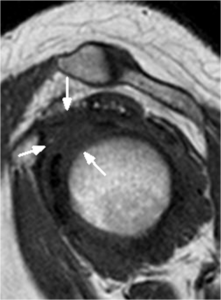 The history of sickness suspects frozen shoulder. On examination, (by testing passive movement of the joint) it is shown that the shoulder joint itself has become more or less stiff (impaired abduction and rotation) even when all muscles are relaxed.

For pain, tablets such as paracetamol (Paracet, Pinex) or NSAIDs (ibuprofen, naproxen, diclofenac, etc.) are used. At an early stage (stage one), injection with cortisone may also be useful.

Frozen shoulder does not attack other parts of the body, and in the longer term the prognosis is good, although some will have sustained reduced mobility.