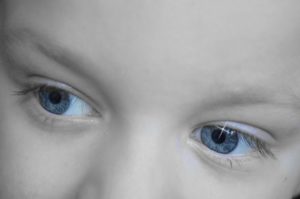 Storage disorders are often due to a lack of enzymes, which causes different substances to accumulate in the body's organs. Storage disorders in children include many different diagnoses. Some cases occur spontaneously by mutation, while others are transmitted via inheritance.

Common traits for storage disorders in children are that they are genetically (hereditary) conditioned and that large molecules (macromolecules) accumulate in the cells. Thus, the function of the affected organs is gradually reduced. The tissue that is attacked is different between the different storage diseases. Often, damage to the liver, spleen and heart occurs, in some cases the brain.

The cause of the disease is the lack of enzymes that should have been produced in the cells. In each condition, it is usually a simple enzyme that does not work normally. Thus, different types of disease occur.

Storage disorders in children have different ages at the onset of symptoms, different severity, and attacks on various organs.

When the symptoms give rise to suspicion of storage disease or hereditary disposition, blood tests are being investigated for enzyme deficiency. In special cases, analyzes of genes can also be done. 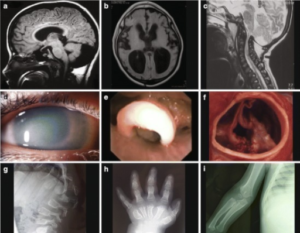 The treatment options are different for the different storage diseases. In some cases, stem cell transplantation (from bone marrow or umbilical cord blood) or supplementation of the missing enzymes is used. However, the treatments are not curative.

The different storage diseases can be divided according to the type of molecules that are incorrectly stored in the body. Each disease group has in part many subgroups that constitute the many known diseases. Many are listed in the reference (Reference Wikipedia 2018) Here are the main groups:

In the lysosomal storage diseases, large amounts of molecules are stored in the lysosomes of the cells (between the cell wall and the cell nucleus).