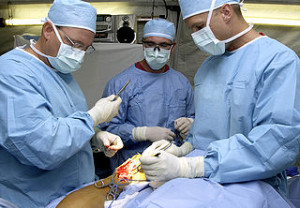 The role of the rheumatologist

Lung disease is often a complication by Systemic connective tissue diseases:. Particularly exposed are patients are with Systemic sclerosis and Antisynthetase syndrome. The latter mentioned is a subset of myositis. Some types of lung abnormalities can be very serious. Among potentially severe lung conditions is progressive Interstitial Lung Disease (ILD) og Pulmonary hypertension, but also Bronchiolitis obliterans (BO), Diffuse alveolar bleeding, pleural (lung membrane) - disease. Despite drug treatment, pulmonary disease can develop into pulmonary failure and death. Lung transplant can be life saving treatment for some1. However, applications for transplant are often rejected for this patient group. The causes can be complicating multi-organ manifestations (multiple organs disease), but also unnecessary uncertainty about disease progression and post-transplant management in these diseases.

* Based on data from Organ Procurement and Transplantation Network (OPTN) and Loyola University Medical Center (LUMC), USA in the 1991-2009 period.

The number of lung transplants has increased significantly in recent years. Most people transplant both lungs simultaneously, giving the longest median survival. After one, three and five years of transplant, are respectively 79%, 64% and 55% of the transplanted alive. Among the 14 most frequent transplantation causes, according to the International Society for Heart and Lung Transplantation (ISHLT) registry5is Sarcoidosis number 7 on list and systemic connective tissue disease is number 10. The most common cause of transplant is COPD / emphysema, Followed by pulmonary fibrosis and cystic fibrosis.

When comparing registry data (OPTN and LUMC, Table1) for survival after transplant for Systemic connective tissue diseases: (N = 284) with other groups (COPD n = 4190, Idiopathic pulmonary fibrosis n = 4190), one finds no significant difference in survival. However, there is a highly selected group of patients (most likely to survive) with systemic connective tissue diseases who are transplanted.

Reasons for refusal for transplantation

Oesophagus manifestations (the Gullet) are common, especially in Systemic sclerosis is a problem.

The rheumatologist's tasks during lung transplantation