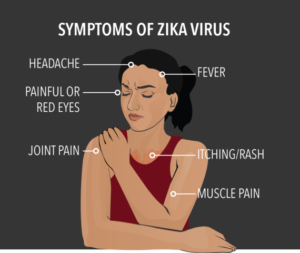 Viral infection transmitted to humans via mosquito bites, mainly via Aedes Mosquito. Can probably also be infected through sexual contact and through blood transfer.