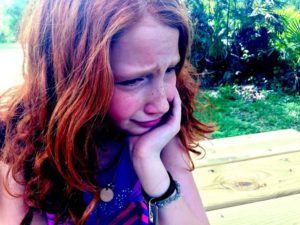 Systemic Lupus Erythematosus (SLE) is the most well-known and common diagnosis among the Systemic connective tissue diseases which are rheumatic diseases. The symptoms, blood and urine tests are important for the diagnosis. SLE is often more imprecisely referred to as "Lupus".

The cause of Lupus's disease is unknown, but once the disease has started, the immune system becomes overactive.

SLE is about ten times more common in women than men. A Norwegian study shows that approx. 150 people become ill with lupus annually in Norway, and that we have approximately 2.600 women with SLE in Norway (reference: Lerang K, 2012).

Heredity occurs, but it is still rare for more people in the immediate family to have SLE. Even among single twins (they are genetically identical) it is only in 25% risk that both get SLE 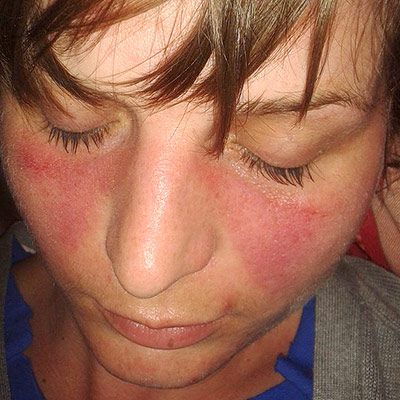 SLE can have very different symptoms and vary greatly from person to person. Early symptoms:

Further assessment and research can reveal a number of more or less typical findings:

Pancytopenia (low number of red and white blood cells and lack of platelets). Investigation with biopsy (tissue sample) from bone marrow is required 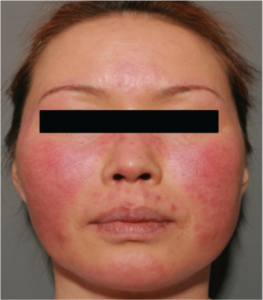 Liver disease is not among the most common complications of SLE

Pulmonary Membrane-inflammation (Pleurisy) is not uncommon

Brain and spinal cord can be attacked

The eyes can be attacked by SLE, but relatively rarely. For symptoms from eyes, a number of causes should be considered:

Among those who have SSA or SSB antibodies There is a great risk of getting a significant sun eczema. It can actually be serious if one is unlucky. The rash can start a few days after the influence of sun and persist for several months

It is known that drugs can trigger Lupus (SLE) or lupus-like disease. In total, about XNUM different drugs are suspected.

The symptoms often come after the triggering drug has been used for several months to some years. The symptoms can be mild and unspecific, for example limited to joint- or muscle aches. Thus, the diagnosis can be difficult. In blood samples, SLE- Antibodies (anti-histones are rare but most typical) and other SLE signs. Unlike other SLE, the symptoms of drug-triggered lupus will recur after the trigger drug is removed. If symptoms continue, another SLE must be suspected.

The disease history (see above) is important in combination with blood and urine tests:

Keywords by investigation of SLE here

The referral to a specialist at lupus

The diagnosis is based on a combination of symptoms and examination findings from two or more organs (skin + joints are the most common manifestations and detected in two out of three with SLE). In addition, the results of laboratory tests, including typical ones, are assessed.Antibodies”(ANA, with subgroups: DNA, SSA, Sm or RNP and antiphospholipid antibody). The prerequisite is that the effects cannot be explained by other illness. The diagnosis can be made independent of "criteria" which are intended for classification by research, but the criteria are still useful as a checklist.

Treatment of SLE is individually different, depending on how the disease attacks the individual and is usually a specialist task. Among the commonly used drugs are:

Before the treatment begins, a goal should be set for what one wants to achieve (“Treat to target”). The goal may be lower disease activity or disease remission (no disease activity), absence of organ infection (kidneys, skin, nervous system, lungs, heart) and / or better quality of life.

Vplease read about the drug treatment of SLE here (in Danish)

Systemic lupus contributes to increased risk of Atherosclerosis (atherosclerosis). In the process, heart attack and stroke may occur. At SLE, optimal drug treatment is important, but also risk factors must be reduced as high cholesterol (via diet and drugs), smoking, poorly regulated diabetes (diabetes) and overweight. High intake of multi-unsaturated fatty acids via "Mediterranean diet" reduces the risk of atherosclerosis.

To live better with lupus

One can even contribute to a better prognosis at SLE. Here are nine tips:

This page has had 14 visits today