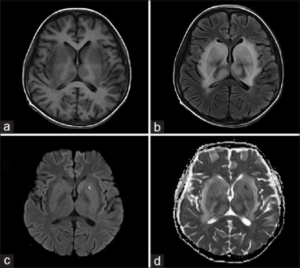 Signs of disease in the brain and / or spinal cord may be due to Systemic lupus erythematosus (SLE). Changes are usually detected by various tests / examinations. Most neuropsychiatric manifestations occur early in the course of SLE. However, several of the symptoms are so common that in SLE they can only be related to the disease in about 30% of cases (Hanly JG, 2020).

A total of 19 neuropsychiatric symptoms and manifestations of SLE were defined by ACR in 1999 (reference: ACR ad hoc committee, 1999). A selection: