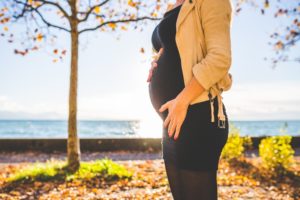 There is an increased risk of complications for both the pregnant woman and the fetus during pregnancy at SLE. However, this mostly applies to those who have a certain disease activity before and during pregnancy. If the disease is under good control, without measurable disease activity, the risk of complications such as pre-eclampsia and premature births is almost no increased (reference Crust CG, 2017).

About one in three of women with SLE have antiphospholipid antibodies in their blood. It increases the risk of thrombosis og miscarriage considerable (antiphospholipid syndrome, APLS). Blood tests reveal risk. More about APLS and pregnancy here.

Although most people with SLE can perform normal pregnancies and births, precautions are essential. In general, the risk of complications is greatest in the first pregnancy and when the disease starts during pregnancy

Schedule of pregnancy at SLE

Pregnancy should be planned in a Calm and stable disease phase without disease activity in the last 6-12 months.

Medication that Prednisone, Plaquenil og Azathioprine most often should not be terminated since drug arrest may trigger recurrence of the disease which is particularly unfavorable during pregnancy

Other risk factors that should be considered

More about medication during pregnancy here

Pregnancy is not recommended for the following complications

SLE pregnancy is perceived as "Risk pregnancy". In addition For routine pregnancy checks at the GP, the follow-up may involve good cooperation between rheumatologist, maternity / outpatient clinic / pregnancy clinic and regular doctor.

Possible complications of SLE and pregnancy

Most women give birth in a normal, vaginal way

For women with Antiphospholipid syndrome (APLS) and Fragmin or Klexane treatment, it is appropriate to continue with this anticoagulant treatment lost a few weeks (often 6 weeks) after birth.

Neonatal lupus is the lupus rash in the newborn